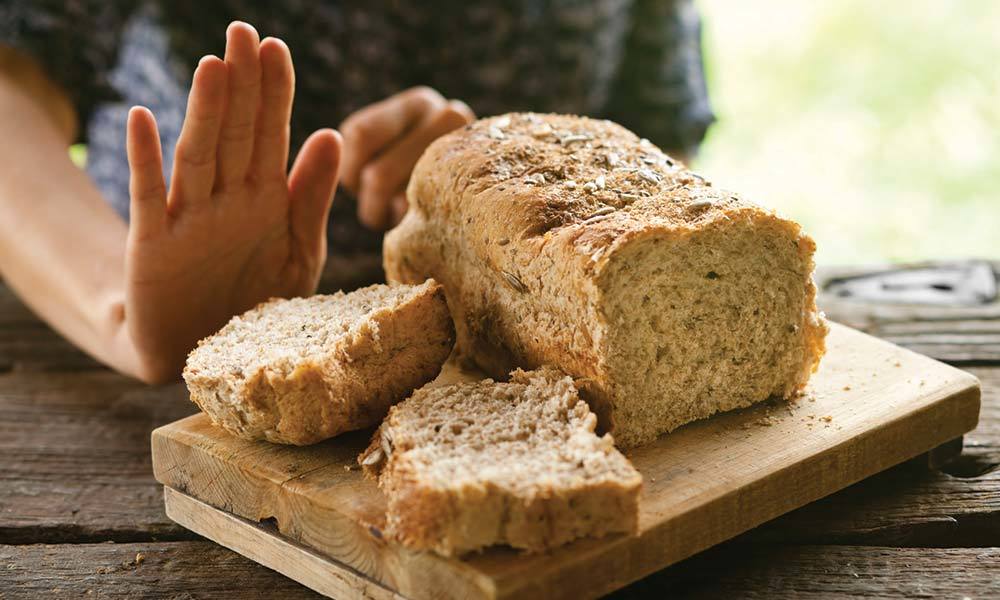 Celiac disease is a digestive autoimmune disorder that can affect anyone at any age, but it is most often diagnosed in children because that’s when the food sensitivities are noticed. Celiac disease can also be described as an allergy or gluten sensitivity. It occurs when the body cannot process gluten correctly, and therefore the body has an allergic reaction. Gluten is an extremely common protein that is found in wheat, which is used in many foods. Read on to learn more about celiac disease and gluten, what you should do if you suspect celiac disease, what treatments for celiac disease usually entail, and other information that may be helpful if celiac disease is suspected.

How Do I Know If I Have Celiac Disease?

Sometimes it can be tough to tell if a patient has celiac disease because many of the symptoms of the disorder mimic other digestive and gastrointestinal problems like irritable bowel syndrome. When a person is allergic to gluten, the lining of the small intestine becomes inflamed, which can cause a host of different types of problems.

In infants and children with gluten intolerance, you may see intestinal problems, diarrhea, developmental delays, and problems with tooth enamel.

If you’re experiencing any of the above symptoms, you should see your physician as a precaution to rule out any other digestive, autoimmune, or gastrointestinal problems. If you have friends or family with gluten disease, it may be a good idea to also talk to them about their symptoms to see if you share some commonalities. There are some risk factors that do put some patients at a higher risk of developing celiac disease. These include:

Diagnosis and Other Symptoms

As this is quite a laundry list of symptoms compared with the more common symptoms of celiac disease, the doctor will want to run some tests in order to make a correct diagnosis.

You’ll need to plan for celiac disease tests long before you take them. In fact, your doctor will strongly recommend against a gluten-free diet, and will instead put you on a gluten-heavy diet. This means that for at least eight weeks, you’ll need to eat at least four slices of wheat bread (which contains the most gluten) every day for these eight weeks. This is known as the gluten challenge. Unfortunately, during this time period, if you do have celiac disease, your symptoms may exacerbate as you prepare for your testing. Unfortunately, your body must be “full” of gluten in order to ensure that the testing is accurate.

Before running tests, doctors may also ask you a battery of questions about yourself (or your child, if a child is being examined). Variations in symptoms of celiac disease can be different based on myriad situations. For example, if a child was breastfed for an extended period of time, celiac disease symptoms may appear much later because gluten was not introduced as early as it is in bottle-fed babies. Symptoms also depend on when a person begins eating gluten. If, for some reason, a patient begins eating gluten later in life, symptoms may not appear until then. The amount of gluten consumed can also make a difference. For example, if a person is on a low-carb diet, there’s a good chance they’re not consuming as much gluten as those on a typical American diet. Therefore, their symptoms may be less. Your doctor will likely ask these and many more questions before running the blood and genetic testing.

Likely the first thing the doctor will do is run some blood tests. These blood tests will check for certain antigliadin antibodies in the blood. After eight weeks or so of ingesting heavy amounts of gluten, most patients with celiac disease will have these antibodies. However, this is not the most conclusive test, and the physician will likely want to run some more testing just to be sure.

These tests are genetic testing and will look for specific genes in your DNA to see if you have celiac disease. Specifically, these tests are looking for the HLA-DQ2 and HLA-DQ8 genes. The test is administered either with a blood test, a swab of the cheek, or a saliva test. Genetic testing may take a few weeks until results are in, but if you do not have either of these genes, it is highly unlikely that you have celiac disease—even if there are certain antibodies in your blood.

Unfortunately, there is no cure for celiac disease. As far as treatment is concerned, there is truly only one option—following a gluten-free diet. Luckily, because of the popularity of recent years of “going gluten-free,” there are many more options than there were previously, so avoiding gluten isn’t as tough. However, gluten can be hidden in many foods. Incredibly, some gluten-free foods actually do have trace amounts of gluten in them, so it’s always important to read labels and double-check, especially if you are very sensitive. Generally speaking, you will need to avoid:

This is, of course, not an inclusive list but should give you a general idea of what foods to avoid for a gluten-free diet. Follow-up with a gastroenterologist is also important, especially in children, to make sure that the gluten-free diet is working.

To learn more about celiac disease, or if you suspect you have celiac disease and need to be seen by a physician, book an appointment at Asheville Gastroenterology Associates (a division of Digestive Health Partners). Our team will work closely with you, offering the best in patient care.