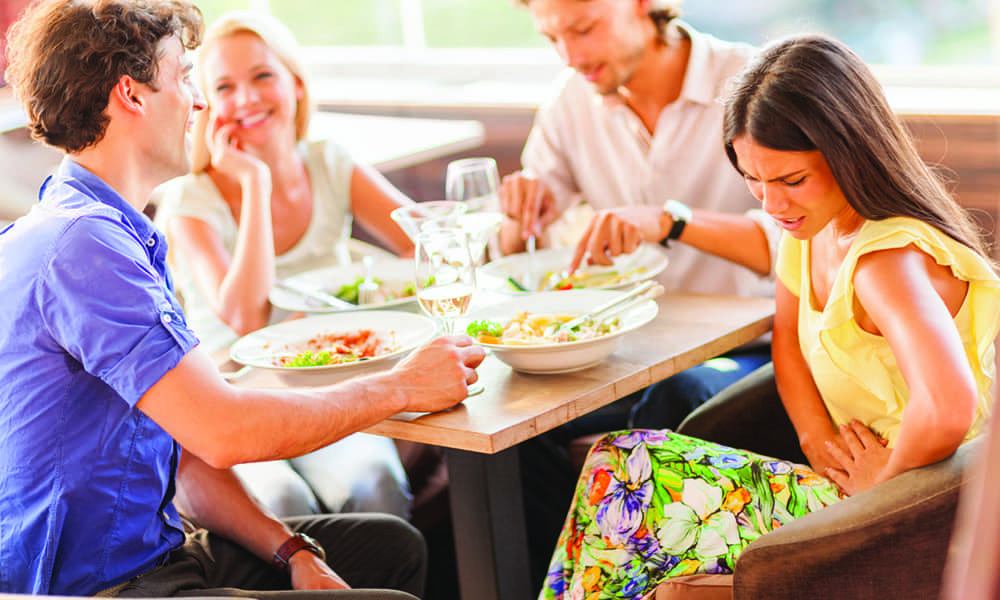 There are certain risks involved when you have any type of surgery. If you’ve recently had gastric surgery, either to aid in weight loss, or an operation to remove part of your stomach, dumping syndrome is a post-surgery risk. Your stomach may struggle a bit to regulate food movement, and it may move too quickly into your small intestine. Luckily, even severe cases of dumping syndrome are not life-threatening, and it’s a condition you can easily control by practicing healthy food habits. Read on to learn more about dumping syndrome and its causes, when you should seek medical attention, and what foods to eat.

Dumping Syndrome: Symptoms and Causes of the Early Phase

In essence, you may feel gastrointestinal upset combined with what may feel like an anxiety attack. These are sure signs of early dumping syndrome.

Dumping Syndrome: Symptoms and Causes of the Late Phase

When to Call the Doctor About Dumping Syndrome

Dumping syndrome treatment typically involves dietary changes. Those who have more severe, uncontrollable symptoms may be prescribed a medication known as octreotide. This medicine slows down the gastric emptying of your stomach and blocks the release of insulin. In the most severe cases, surgery may be needed to reverse a gastric bypass operation or to adjust the opening from the stomach to the small intestine, which is known as the pylorus. Generally speaking, however, a change in diet is typically successful.

To avoid dumping syndrome symptoms, most patients will need to:

Ask your doctor if you may need a nutritional supplement. A side effect of dumping syndrome involves minerals and vitamins not being properly absorbed into the bloodstream because of the rapid rate of digestion.

There are other post-surgery complications to be mindful of if you’ve had gastric or esophageal surgery. Poor nutrient absorption is one of these complications, which can lead to osteoporosis. This is because calcium does not get absorbed into the bloodstream. Ask your doctor if you need to take a calcium supplement. It’s always a good idea to eat calcium-rich or calcium-fortified foods, such as milk and many orange juices.

Gastric surgery can also cause anemia or low blood cell count, which is also a side effect of poor nutrient absorption. Your doctor may want to perform a complete blood count (CBC), just to make sure everything is functioning as it should.  If you need more information about dumping syndrome or would like to be seen by a physician, contact Asheville Gastroenterology Associates today. Our doctors are committed to providing individualized and comprehensive healthcare to all of our patients.