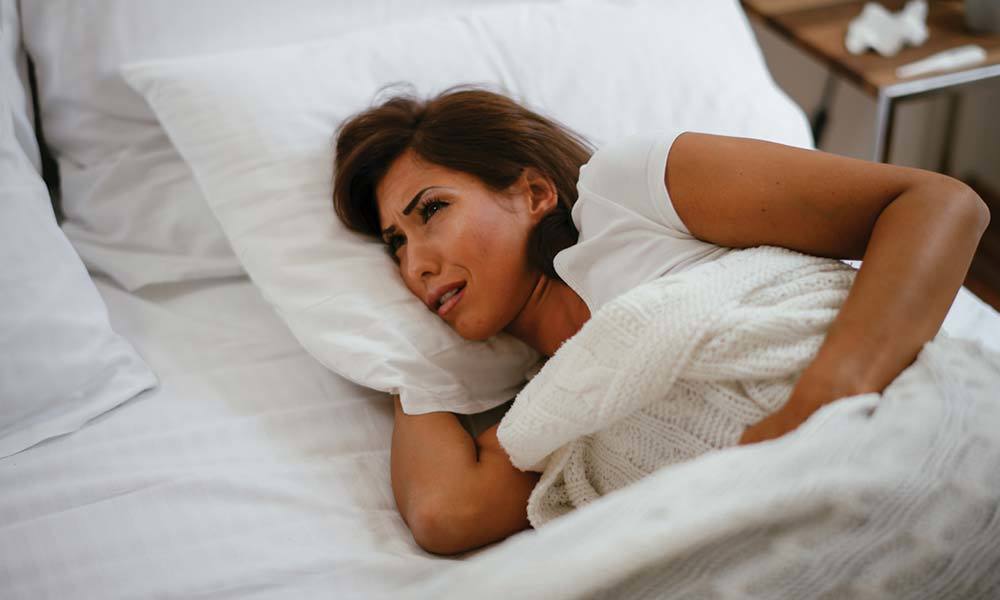 What causes stomach flu? And what are the best gastroenteritis treatments?

Autumn and winter are markers of the start of the cold and flu season. No one looks forward to getting a cold or the flu, but sometimes it’s inevitable. Not all patients know, however, that there are two types of flu. Influenza is the type of illness best prevented with a flu shot; gastroenteritis is another term for the stomach flu, which there is no vaccine for.

Often called a “stomach bug,” gastroenteritis and influenza are two markedly different medical conditions. Read on to learn more about the causes of stomach flu, its symptoms, how to prevent it, and what gastroenteritis treatments are available.

What is Viral Gastroenteritis?

The stomach flu is also known as viral gastroenteritis, and it is essentially inflammation of the intestines and the stomach. It is a widespread problem during cold and flu season and it is highly contagious. It’s very easy to spread stomach flu by eating contaminated food, drinking contaminated beverages, through air droplets, or by touching something after an infected person has touched it. It is rapidly spread in close quarters, such as daycare centers and schools, workplaces, nursing homes, and cruise ships. Young children spread the disease quickly, often because of a lack of hand-washing skills.

This is a viral condition, which is caused by several different types of viruses. However, the most common strains of stomach flu are caused by rotavirus and norovirus. This virus passes quickly, and most patients make a full recovery in two or three days, unlike influenza, which can be deadly to young children, the elderly, and those who are immunocompromised. Still, those with weak immune systems, children under the age of 5, and the elderly are at the highest risk of contracting stomach flu, but it will likely have no lasting effects.

What Are the Symptoms of Viral Gastroenteritis?

Symptoms of gastroenteritis are easy to spot and are marked by extreme digestive disturbances. Watery diarrhea, nausea, and vomiting are the most common symptoms, but others may accompany stomach flu. Fever and chills may also be present, as well as muscle or joint aches. Those with stomach flu may also experience sweating, loss of appetite, and abdominal pain. Symptoms of stomach flu can be present for up to 10 days, but most patients feel better after 48 to 72 hours. If you see signs of dehydration, blood is present in the stool, or diarrhea has lasted three days or more, you should see a healthcare provider immediately or proceed to the nearest emergency room.

So what causes stomach flu? Many cases of the stomach flu are diagnosed because of a lack of good hygiene or close contact with someone with the virus. It’s essential to wash your hands after using the bathroom and many other situations as well, like before handling food. Stomach flu can also be transmitted by consuming raw or undercooked shellfish who resided in contaminated water, or from drinking water that’s been contaminated by sewage. The actual cause of gastroenteritis is a specific virus.

How Can You Prevent Viral Gastroenteritis?

Gastroenteritis treatments vary, but the best way to prevent stomach flu is to wash your hands well and often. If you don’t have access to food and water, use hand sanitizer until you are able to wash your hands. Other risk factors include raw or undercooked foods, especially shellfish, which can cause other food-borne illnesses, such as food poisoning. If someone in your house is sick, don’t share utensils or cups, as this is an easy way to spread germs. If you are traveling, especially abroad, avoid the local water and drink bottled water whenever possible. If you have an infant, ask your pediatrician about the rotavirus vaccine, which children can receive as early as 2 months of age.

There are many old wives’ tales and myths surrounding winter cold and flu season. You cannot get sick from being cold, nor from going outside with wet hair. Once you feel the initial symptoms of sickness, quickly taking vitamins and supplements will not help. Over-the-counter remedies may slightly relieve symptoms, but there is currently no first-line approved treatment for the common cold or stomach flu.

How Is Viral Gastroenteritis Treated?

Unfortunately, there’s no tried-and-true treatment for gastroenteritis, but there are steps you can take to ensure you feel better faster. Oral rehydration is the first step. As soon as you are able, drink plenty of fluids, including sports drinks. Try to avoid fruit juices, as these may actually cause prolonged diarrhea, and juice will not replenish minerals in your body like electrolyte-fortified sports drinks will. Children should have Pedialyte as soon as they are able to handle it, but Pedialyte is a sound choice for adults as well. Your stomach may be slightly intolerant to foods following the virus, so eating the right foods is a step in the right direction. Some foods that are easy and gentle on the stomach include brown rice, potatoes, toast, and applesauce. You should avoid alcohol, foods high in fat, dairy products, and sugary foods immediately following the stomach flu. If you’re feeling particularly poor and need relief, try applying a heating pad or cold pack to the affected area and getting as much sleep as possible. If you’re able to tolerate food, yogurt, mint, and ginger are all worthwhile choices.

When You Should Seek Medical Help

Occasionally, the stomach flu has complications and can be acute gastroenteritis. Most often, resting in bed and replenishing nutrients is all you need to heal. However, if you have any of the following symptoms:

You should seek medical care from your healthcare professional. Infants and young children affected by gastroenteritis should always be seen to rule out other possible problems and to ensure they are not at risk for dehydration. If you need more information on gastroenteritis or need to be seen, book an appointment with the Digestive Health Partners today.